What Happened On the Brunch Table 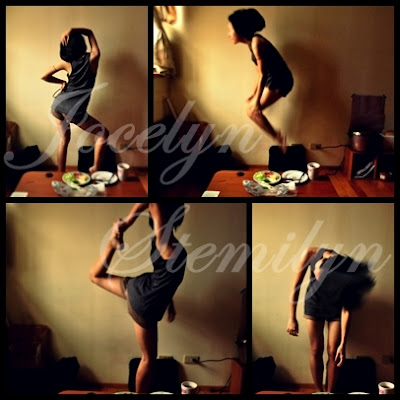 When life gives you lemons,
you turn them into lemonades...

When Taiwan gives you typhoon,
you turn them into plenty of time to kill...


Need not to explain too much,
Typhoon came,
plans to indulge myself in Starbucks failed,
so the best thing to do is sit and home
and COOK.

Facebook killed almost everything else on the web...
haha at least for my case it is...
I seldom blog like I used to when I was a teenager...

Anyways, it's super hot summer night here in Taipei. The hotness is unlike Malaysia's...here it makes you hot and sweat uncomfortably, and sticky sticky all the way. *Rubs off "daki"* HAHAH!

Went to Warner Music of Taiwan today, I know I made a big deal out of it in Facebook, but then....I really couldn't help the mix feelings inside me. It's that kinda feeling when you feel like crying but then no tears coming out ...= /

The story was like this:
I saw Mr. Guan (Malaysia's renowned producer/lyricist) posting on his status stating that he's in Taipei too. So, without expecting much of a reply, I still left a comment asking where he was. He then invited me to visit his company anytime. I was really shocked and excited about it. Imagine visiting Warner Music...I might meet a celebrity or who knows to my mayhem kinda imagination -- get a record deal??? *trolling in my dreams*

So, I took the trouble to go to the office. It was an hour's journey from where I worked to that place man...its like travelling from Kelana Jaya to Setapak, to and fro....haha. Good thing, Taiwan provides awesome public transportation, it was not that hard to find the place.
Then I was greeted sceptically by the counter lady. She really looked at me with a noble questionable look on her face. I could imagine inside her mind "Hey fanatic fan gal, this is not a ticket selling booth you know? Get back to your fan club..."
I really have mayhem imagination. She got me started.

Anyways, I called Ah Guan sir, he need to personally come out to let me in because the lady really didnt want to let me in! She didnt even wanna listen to my lousy nokia phone with Ah Guan sir on the line. Wth...=.=''' So arrogant.

SO here's the juice.
I got in. Yay for the 1st step.
Sat down with sir there...and to my surprise, he was there to talk music(business kinda music)
Wow great, I wasn't prepared with any demos, all I had was rough demos in my Ipad. He listened and thought I wasn't that ready yet. So he went talent hunting, infront of me!
Wow. Painfully honest man.
It's not his fault though. I was to blame too.

I guess he had second thoughts to sign me too.

So he kept asking me who else can write songs...etc
I still willing gave a few names...and he dug into it.
I'm glad that some of my friends gain recognition from him,
but in the same time, I was deeply impacted.

I saw a reality.
A harsh one.
If you don't work your butts out and deliver well, someone will be at the door step to take your place.
That's the case in this industry. Competitions are BURNINGLY FURIOUS!
And I felt the heat now.

Before this, I was still living the la-la-land life,
thinking that I can take my own sweet time to produce my own music.
Write whatever I wanna write.
And maybe one day someone will just discover me and turn me into something overnight.
That's what those sucker tv series teach us...and I bought into that lie.


So, it was definitely a wake-up call for me.
I know before this I was kinda defensive when people (who works in the industry) pointed out that my songs  needs to be modified etc...
I thought that I know my music the best...
But it isn't how things roll here.

As a song writer, we gotta be open to any suggestions and advice. Change when necessary. Or else, you might loose a good chance.

But then there were motivational moments...sitting there having a chat with Ah Guan sir definitely motivated me somehow. He said " Who said that you have to write music to sell? You just need to write good music"
Haha...He showed some demos to me too, and it was hell of a crazy competition going on.
So motivation no.2 --> need to UP my game in doing my demos.
Motivation no.3 --> write songs everyday....like literally! My role model: Wu Jia Hui

Well, for those who read till the end here, congrats for surviving through this boring whiny post. Hope you are inspired somehow.
I am still in the shocked and depressed mode here, but I know I have to keep going on and improving or else, I'll just squander in self-pity and go nowhere. The world doesn't wait for us to pick up ourselves and slowly get back on our feet. We gotta keep up.

Thank God for a wake up call and a great chance. It's not like we could have the privilege to troll around Warner Music's office and get starred down by leng lui counter lady. Right?