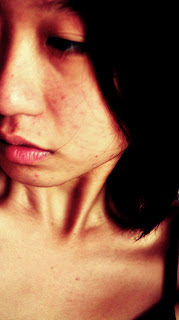 I am a cool headed person
as plain to see
a storm coming right towards me
still i'm sipping tea
Sun rays beating on my curtains
as warm as can be
heating up the dust among it
so are my cold feet
Who says every song
must have a distinctive meaning
and couldnt be lame?
If only this world
would be less complicated
I bet many would agree
singing about dust is no sin
2 hours before my exam and here
I am, with my ukulele. =)
Posted by JoCeLyn SteMiLyn at 11/29/2010 05:23:00 PM 2 comments:

Nature in the Concrete Jungle 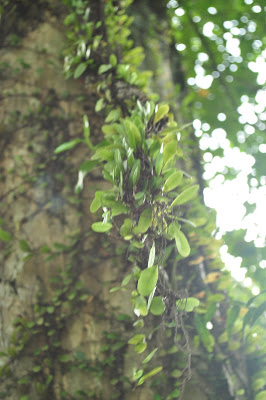 Counting those footsteps on the ground
it may not be much
but its good enough to make me smile...

I know its pretty long, but I just gotta blurt the overwhelming feeling here!! Bare with me...

So, last night I went to watch the band JUNK played a gig in a cafe (HotSpot) at Damai Damansara. It was definitely an anticipating moment for me. (Finally getting out from my room,surely a great thing to do!)

When we got there, HotSpot was a cafe in one slot of the shop houses, not very big but comfy. I was immediately attracted by the decoration of the place. There were instruments all over the place! Ranging from guitar to violin,trombone,smaller guitar,conga,piano.It was like a music museum! There were also pictures of famous people,pics of the owner's younger days...Even the kitchen was decorated with old pots and pans above and beside it...so uber cool.
And the thing that attracted me the most was the stage. It was a modestly beautifully decorated stage. Small yet its decent. Yellow lights, with more old pics decorated at the background...wow. It gave such a strong indie feeling, I loved it! Ahh, I could just go on and on and on describing...lets not go into there shall we? lol

ANYWAYS, the band went up to sound check and immediately they attracted ppl's attention.Like a friend of mine,Calvin said: "This is probably the most lansi sound check ever..." And so JUNK started Junking (jamming), and the whole jazzy groovy tune got ppl nodding,clapping, and ever dancing! The lady who owns the shop was moving along to the music and dancing her heads off, as in literally swinging her hair from left to right...wooo...and shortly after that her husband climbed up the counter to get his trombone down. He walked up the stage and started playing along with the band! LOL...That was pretty random but awesome. The trombone was rusty of course, but he played with such enjoyment. I just cant describe the joy on his face as he played. And in one of the songs, the auntie just stepped on stage, start singing to the blues! It was totally improvised on the spot. Totally caught me off guard, and in awe. Mind-blowing. Her voice...argh...i wish I could play it back to u now...*press replay button* =P

Then after JUNK, there were other punk rock/emo rock/rock rock/metal rock...whatever rock bands who went up to perform. I must say, those were what I really called the RAW talents. Most of it were singing/sreaming their lungs off while banging on their instruments. It was mostly unpleasant to the ear cz I was sitting so darn close to the big speakers and the way they play the music could use more practice & improvement...But apart of being sarcastic, I could see the PASSION in them. When they play their music on stage, you could tell how excited and set-free they were,same thing goes to the band mates of JUNK and the couple of HotSpot. There's just so much intensity and passion inside all of them. I believe I was in the midst of them as well. I know what it feels like to have a place for you to express the music deep inside, that kind of emotional release...its just indescribable. Every musician/singer/performer should understand this situation. We are just craving for a place where people LISTENS and APPRECIATES our music and ourselves.

(Fuyoh...such intensity. LOL...could feel the sweat in my palms now.)

A touching moment was the auntie came to us and told us her compassion towards all these youngsters. She kept emphasizing that we young ppl should have a stage to express ourselves. Good or bad quality music its fine...as long as we are heard by others. She continued that music is not drugs,violence or something negative as many ppl would perceived it is (I think she was referring to the punk rock kinda music more specifically).
Anyhow, I think she has a point. And I'm so grateful for ppl like her and her husband for opening such a great opportunity for everyone to sing and express our own artsy music side. =) She welcomed everyone to come play music at HotSpot, just give her a call. Ooo lala! Truly, I'm so touched by this couple.

It was definitely a passionate night. I cant think of any other words to use except for that. Especially towards the end, where everyone was just singing along to "Kau Ilhamku"...it was pretty a pretty sight. Heart-moving too. Despite the noisiness of the music and cigarette smokes (which was killing my lungs off), it was really a pleasant night. I did not regret hanging out with the guys. Definitely a night that I learned alot and was blessed.

What keeps us performing ppl going on despite all the obstacles?
PASSION (say it in a french way)
Muuuuah!!Ooo lala.... 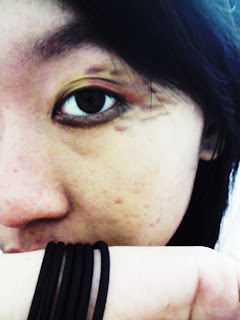 Little drops of rain
falling
on my window pane
chillin'

Got a tummy ache
gastric
couldn't feel a thing
headache

why must this whole world be so
sophisticated complicated
realistic,cruel and
dark

why cant we just be as jolly as could be?
no more tension,anger and
frustration
I just wanna live in peace.

So,
after "The White Snake In You "
I was so darn free...
Free till the extend
that I ventured around  KL
(times square, sungai wang, pavilion, bukit bintang area,mid valley,pudu station,ikea...)
for a UKULELE HUNT!
Yes, i've been craving for it quite some time now...
and before I could rush into buying one,
Pastor Soon Lee offered to lend his ukulele to me for the time being.
He said its better for me to learn it,
fall in love with it (for long terms that is...not just for the moment)
then invest a good one... 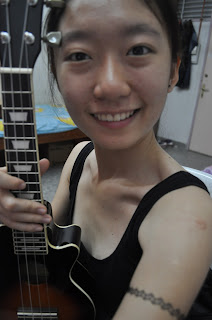 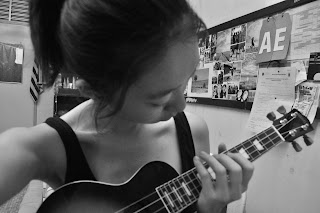 hehehe...
trying to be pro.
Well, if you know how to play guitar,
its definitely easy for u to pick up ukulele,
cz its quite similar in a way.
Ukulele gives such a joyful and bubbly tone,
I feel like I'm at a nice beautiful beach on a peaceful evening.
Ahh~~ my imagination running wild now.
Did a different version for my song "Make me Somebody"
using the ukulele... =)
It sounded just perfect!
=D
Posted by JoCeLyn SteMiLyn at 11/09/2010 10:08:00 AM 2 comments:

Every litttle thing you do...